by editor
in Compass, Financial Compass As licensed financial planners, we need to ask ourselves if we are prepared for this whereas as clients, we need to know the implications that this has to our financial status.

As the country moves from middle-income to high-income nation, there will be more high net worth individuals (HNIs) who are in need of financial advisory.

It was reported in one of the English papers last year that in Malaysia alone there was twice the number of increase in millionaires to 39,000 since the early 2010. In Indonesia, the total number was 112,000 while in Singapore it was 183,000. China has the highest increase of 212,000 new millionaires. The rise was mainly due to the weakening US dollar and growing assets classes like property and shares in the Asia Pacific region.

From those numbers, we can safely say that as more HNI Malaysians become financially affluent in their wealth, there will be more wealth accumulations in assets such as overseas properties, bigger exposure to debts, expansion of businesses to regional markets, making their wealth planning complicated not only in terms of taxes but also in distribution to the next generation.

This is where wealth preservation comes in as family members of the next generation are not ready to receive any wealth yet due to stumbling blocks such as pursuing studies and lack of experience in handling the assets. If you do not wish for your next generation to spend all of your wealth in one year when it takes a lifetime to build it, preservation is the key to keeping it intact.

By having proper legal structures to safeguard your wealth, HNIs can decide how and when to distribute it to the next generation without actually physically transferring to them. Under wealth preservation, assets are placed under trust to prevent inexperience or spendthrift heirs from tearing it apart at their own free will.

HNIs face challenges not only in terms of global business expansion earning international income but also international exposure in taxation and other domestic issues like divorce settlement and marriage among children living in Malaysia and other countries.

Wealth preservation comes in many facets and structures. The most common is in the form of trust set up.

In highly developed countries like the United States and the United Kingdom where there is inheritance tax of between 40% and 55%, HNIs in those countries are in favour of setting up trust to avoid their estate from been taxed upon transfer of wealth due to premature death.

The insurance trust will address some of the issues such as education funding for the next generation, repayment of debts and taxes and settling estate duty taxes as well as payment of family insurance premiums and even medical expenses for senior members of the family.

In wealth preservation, the main objective is to make sure the wealth is transferred to the next generation efficiently and at the same time be sustainable to the following generation without decrease in wealth. This is where a trust deed or letter of wishes is drawn up by the deceased individual to give prudent instructions on how to distribute wealth to beneficiaries becomes the guiding principal.

Another common preservation structure used by HNIs is offshore trust which offers preservation and protection against creditors. This is because the offshore region has tax free legislation; the wealth of the estate is preserved and kept within the confine of the trust and beneficiaries.

In the event of creditor claims on HNIs, if the assets no longer bear their names, it will be impossible and a difficult task for creditors to track which region the trust is set up as it could be anywhere around the corners of the world. This amazing structure offers perpetuity and full confidentially to the beneficiaries of trust, as the outside world has no indication on how family wealth is managed and distributed.

Another preservation structure that is up and coming among HNIs is the setting up of a foundation. Unlike a trust, a foundation allows the founder to still be actively involved in managing the business and investment holding companies.

Unlike predecessors of trust set up, HNIs today are highly educated, full of confidence, very technology- driven and involved in all aspects of the family business. They are also well travelled and experienced in handling overseas contracts. Their lifestyles are far more complex and demanding, in which they are always searching for the latest innovation to improve themselves.

Common mistakes most HNIs make in their quest of making decisions on where to invest their growing assets do not involve the wrong investment that they might go into but rather, putting the investments under their ownership.

If the asset is smaller than US$1million, the effect is not apparent, but if the value reaches US$10million or US$100 million, it is very difficult to unwind what is done in the past because of taxation complexities, legalities involving international company structure and the high cost involved in the transfer.

The systematic way to arrange wealth preservation is by setting up when assets are still small but big enough to absorb the cost of setting up wealth structure. Just like peeling an onion, it is easier to peel the first two layers; after that, it becomes too irritating to the eyes to continue with the peeling without having to stop at intervals.

Before your wealth becomes too complex with too many ownerships and spread too far, it is best to consult a professional licensed financial planner on which wealth structure is best for your estates. If the wealth preservation is set up from the beginning, any assets acquired can be placed under the investment holding company of foundation. JobStreet’s Much Awaited Career & Training Fair Happening On 18 and 19 February 2023! 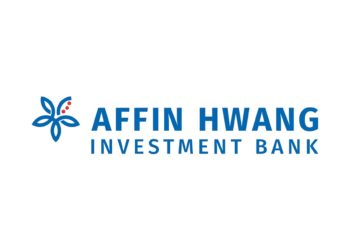