On 27 February 2018, RHB Bank Berhad announced its financial results for the financial year ended 31 December 2017. The Group reported a net profit of RM1,950.1 million compared with RM1,681.6 million recorded in 2016 or an increase of 16.0%. The improved performance was largely driven by higher net funding income, lower loan loss impairment and lower impairment losses on other assets, partially offset by higher overheads and lower non-fund based income.

Net fund based income rose by 5.4% to RM4,554.0 million year-on-year. This was mainly underpinned by growth in loans and prudent funding cost management particularly reflected in the healthy 18.8% CASA growth and replenishment of new sub-debts issuances at lower rates as well as redemption of a portion of senior notes during the year. The efforts brought about a stable NIM performance at 2.18% for the full year.

Operating expenses were closely managed and rose by 2.9% to RM3,186.5 million from the previous financial year, attributed to higher personnel costs and IT-related expenses arising from investment in technology infrastructure and capabilities but a decline in office rental and related premises maintenance cost partially negated the impact. As a result, the Group’s effective cost management continued to deliver positive results, translating to cost-income ratio of 49.9% from 50.0% a year ago.

Allowances for impairment on loans and financing declined by 28.3% to RM426.8 million, primarily due to pre-emptive provisions for legacy steel related exposure provided in the previous year. This led to improvement in credit charge for the full year to 0.27%, compared with 0.39% recorded last year.

Malaysia’s 2018 real GDP is projected to grow at a healthy pace of 5.2% on the back of sustained strong growth in private consumption and private investments.

The Malaysian banking sector is expected to see a recovery in loans growth primarily from stronger demand for business loans. Capital market activities are also expected to pick up which would help support non-interest income of banks.

Ready to Start Adulting? Here’s How To Stop Asking Your Parents for Money 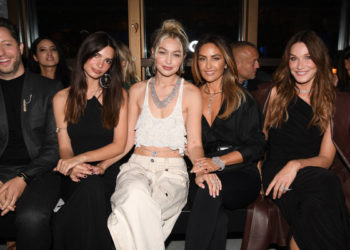