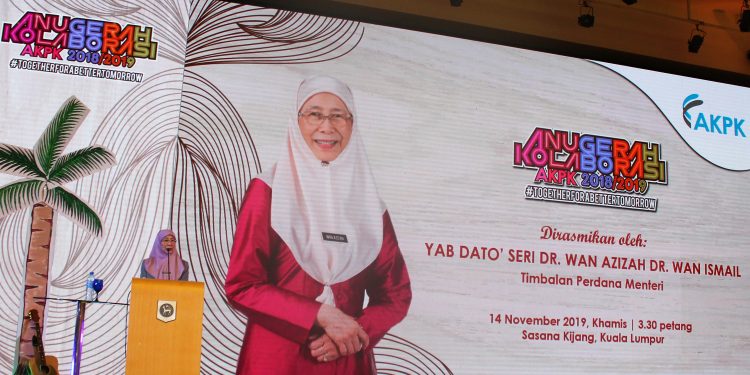 The award ceremony aiming to acknowledge “rakan pintar” of AKPK that help on supporting the programmes such as financial education, financial counselling and Program Pegurusan Kredit (PPK) AKPK. The partners also helped in promoting and advertise the programmes conducted by AKPK through various media channels.

YAB Timbalan Perdana Menteri, Dato’ Seri Dr Wan Azizah emphasize on the importance of the collaborations to empower and expand the financial literacy among the Malaysians.

As the main highlight of the award ceremony, Ministry of Education (MOE) has awarded with Anugerah Apresiasi Unggul at Majlis Anugerah Kolaborasi AKPK. MOE has fulfilled all the criteria to be recognized as the winner of the award. MOE and the agencies have been active in highlighting the counseling and financial education in the region to improve the financial management among the societies.

Other than MOE, the Ministry of Health also received other award categories as well as the public and private sectors such as MARA, SKMM, Jabatan Tenaga Kerja, RTM, BERNAMA, and Universiti Kebangsaan Malaysia. In addition, the financial institutions that received the award are Public Bank, HSBC Malaysia, and RHB Berhad.

” All the guest attending Majlis Anugerah Kolaborasi AKPK are considered as the winner because been together to help is in increasing the financial well-being among the Malaysian. This effort in line with the chosen theme for today which is “Together For a Better Tomorrow”, said Chairman of AKPK, En Anuar Mohd Hassan during the opening speech.