Putrajaya, 24 December 2019 — I fully support the decision made by the Human Resources Minister YB Kula Segaran to increase the minimum wage to RM1,200 in 57 towns and cities in Malaysia.

The increase of RM100, from RM1,100 to RM1,200 in cities and towns appears reasonable and it will not cause any significant impairment to the bottomlines of employers. It is in tandem with the higher living costs in major cities and towns and it is consonant with the rate of current inflation.

Indeed it is an accepted reality that one can’t hire a full time staff for a salary of below RM1,200 in many many cities and urban areas in Malaysia these days.
The move to increase minimum wages is also a calculated effort to alleviate urban poverty of both local and migrant workers. It will also encourage more Malaysians to stay and work in Malaysia.

Furthermore, under the principle of equality, the increase wages of RM100 for migrant workers is in line with keeping with international standards, primarily to avert discrimination of wages and treatment between the locals and migrant workers.

Under Pillar 3: “Spur Sustainable and Equitable Economic Growth” in the Pakatan Harapan Manifesto, we have pledged to increase the minimum wage to RM1,500 within the period of 5 years. Thus, the increase of RM100 for the employees in the urban areas is amongst the initial steps taken by the government toward this direction.

I hope the Malaysian Employers Federation (MEF) can understand and support this move by the PH government to increase minimum wage to RM1,200 for year 2020. MEF should understand that the increase of salary will increase the purchasing power of the people, thus leading to the boost of the general economic growth of the country. 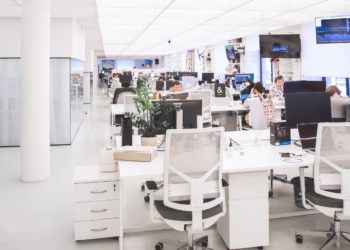