What is Islamic Wealth Management? The Islamic financial industry is a comprehensive financial system that adheres to Islamic principles. It was the financial system of the known world developed under the reign of the Muawiyad and the Abbasid empires from the year 661 – 850.

It continued to be a vibrant and significant financial system of the known world spearheaded by great Islamic empires in Andalusia (Spain) until 1031, in Granada until 1492, in the Malaccan Sultanate until 1511 and in the Ottoman (Turkey) until 1918. The system has existed for the last 1,426 years and we are only relearning what is available under the system in the last 40 years.

It broadly refers to financial market transactions, operations and services that comply with Islamic rules, principles and codes of practices. The laws and rules of the religion require certain types of activities, risks or rewards to be either prohibited or promoted.

The evolution of the Islamic financial market is contributed by the introduction of a competitive and comprehensive product and service offerings.

The world Muslim population today is estimated about 1.8 billion, representing a sizeable 28% of total world population of 6.6 billion.

Islamic banking and finance has become a force to be reckoned with in the global economic scenario. It often forms part of the equation in international finance whether on a government to government basis or at the private sector levels. The global Islamic banking sector is growing at an average of 15%-20% per annum.

Currently, there are 300 Islamic financial institutions operating in about 100 countries worldwide; with more than 300 Islamic equity funds managing assets in excess of US$5 billion. Total assets of the Islamic banking sector now stands at US$750 billion and will reach US$1 trillion by 2010. (McKinsey)

The reason why a person needs all these tools in order to manage their wealth prudently is because wealth comes in many forms – some in “liquid form” and the others in “illiquid form”. The size of Islamic mutual funds assets are estimated at US$800 billion where US$50 billion to US$70 billion are in actively managed products. (Eurekahedge, Key Trends in Islamic Funds, 2006)

Global sukuk market (US dollars plus Ringgit Malaysia issuance) is now over US$92 billion. US dollars’ issuance of sukuk amounts to US$22.85 billion as at end 2007. Global market capitalisation of the Dow Jones Islamic Index is more than US$10 trillion.

Private capital investments, especially among the Middle East’s high net worth individuals whom are predominantly Muslims, are estimated to reach US$2 trillion by 2010.

Islamic finance is recognised as having growth potential in established conventional financial centres. The market is expected to grow to US$53 trillion to US$4 trillion in the next four to five years.

Accumulating wealth is not a problem; rather managing it can be troublesome if one does not have the correct tools to do so.

In the lifetime of a person, he or she will be accumulating wealth and protecting it. This can be seen around us, whereby everybody is working hard to accumulate their wealth and will spend some and save some.  The saved money will later be invested in all kinds of investment vehicles available to generate return without the person actively working to earn it. This can be done through investing into unit trust, landed property or gold.

A person‘s wealth will grow when the invested unit trust pays dividend or appreciate in value; or if the landed property‘s value increases; or if the gold value increases with time. This will eventually help the person to overcome inflation and keep pace with the decreasing value of money over time. If the person does not manage their wealth properly, they will end up realising that their wealth is actually depreciating with time.

In conventional wealth management, the objectives will be to ensure that a person’s wealth will be able to give as much returns as it can without considering the investment being invested in vehicles that gains interest.

In Islamic wealth management, however, the objective helps to ensure that a person’s wealth is managed in such a way that it will improve or give a much better return with the said investment using all sorts of investment vehicles.

If the Islamic wealth management avoids these kinds of investment, will it actually limit a person’s choices in making an investment? Being compliant to shariah law does not limit a person’s opportunity to invest as it actually helps a person to make ethical investment whereby the chosen business will be involved in ethical practice.

When the investment only deals with ethical vehicles which avoid businesses prohibited by Shariah law, social responsibility of a person is upheld and the ethical business in which it is invested will normally generate better returns and create a better society by promoting a healthy business environment and ambiance.

Another important part of wealth management is wealth protection. Conventional wealth management ensures that a person’s wealth will be protected against loses or depreciation in value due to uncertainties in life such as legal lawsuit illness that will force the person to use all the available wealth to pay those cost.

Among the vehicles which are normally used is life insurance, medical insurance, critical illness insurance, professional liabilities or third party liability insurance. This is to ensure that the insurance company will pay for the cost for every loss to avoid a person’s assets from being depleted.

Insurance is prohibited due to three reasons. One of it is the involvement of riba or usury which can be seen when the payment is delayed (riba al-nas) and in interest-based transaction (riba al-fadl). Insurance is considered gambling or maysir in the sense that game of chances happens when a person purchase a policy. The insurance company will only pay the claims once an event strikes as stated in the policy. If the said event did not happen, the policy owner will not get anything.

Instead of insurance, Islamic wealth management makes use of the takaful contract. Takaful is a contract involving a takaful company as a representative to manage the tabarru’ fund.

The Tabarru’ is a fund that is contributed by participants or certificate holders. Participants contribute their money into the fund to enable it to be used to help any participant whom may be involved in unfortunate circumstances such as early death, critical illness and lawsuits.

The takaful company involved will only be managing the fund on behalf of the participant as a representative and will charge a wakala fee. The tabarru’ fund will never be placed into any business that is involved in riba earnings, gharar or maysir activities.

The last part of wealth management concerns the distribution of wealth upon the death of a person. The deciding factor here is on the person’s religion as stated in the Malaysian law.

The distribution process in conventional wealth management will prioritise paying a person’s debts, including taxes. The balance will be distributed according to the court verdict.

For a non-Muslim with a will, the assets shall be distributed to the party with names stated in the will and if there is no will, the Distribution Act will decide. For a Muslim, after debts, taxes and zakat deduction, he or she can only put into will the maximum of one third of his or her estate. The other two third portion must be distributed using the faraid (Islamic distribution ruling).

For a Muslim, Islamic wealth management practice 3 mandatory as it is a sin to leave a problem upon death without resolving it during the lifetime when he or she is in the capacity to resolve it.

The pivotal point in a Muslim’s path towards Al-Falah (success) is that Islamic wealth management will also look into other types of debt, which includes the Hajj or pilgrimage and unperformed fast during fasting month or any other commitments in which the person has committed and did not performed during his or her life.

After all is settled, only then the balance will be placed into the next level whereby if there is a will, the amount equivalent to the stated qualifying amount will be distributed as stated in the will.

After the will is settled (this part depends on which state law in Malaysia governs since this differs among the different states), the Harta Sepencarian will distribute up to half of the balance of the estate to the person’s spouse. The final faraid distribution will only take place once everything is settled.

A Muslim needs to practise Islamic wealth management. This is because each individual Muslim needs to ensure that he or she accumulated his or her wealth with accordance to shariah principles and to ensure that it is halal. A Muslim person, therefore, needs to protect it in the way that it is permissible in Shariah to avoid a person committing sin while protecting their wealth.

However, Islamic wealth management is not only for the Muslims. It is actually a really useful tool for everyone, including non-Muslims since the ethical value instilled in the processes involved will insure a person even though he or she as a non-Muslim will get a better deal in the accumulating part of the Islamic wealth.

Non-Muslims will get a better deal in the protection part as the way it is managed enables also the non-Muslim to be a part of the tabarru’ fund managed by a takaful company. The most important point of Islamic wealth management is that it helps to ensure a non-Muslim to avoid their estate from being depleted even though they did not plan their estate distribution from the very beginning.

In a nutshell, lslamic wealth management practice is not only beneficial for Muslims but also helps non-Muslims to manage their wealth prudently. 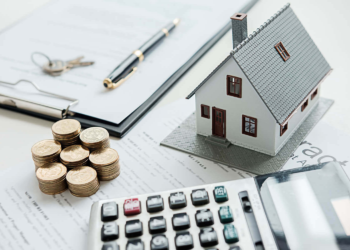