BEIJING, April 15, 2020 /PRNewswire/ — iQIYI, Inc. (NASDAQ: IQ) ("iQIYI" or the "Company"), an innovative market-leading online entertainment service in China, announced that team registration is now open for its iCartoonFace Challenge (the "Challenge"), a cartoon character recognition competition held in partnership with IJCAI-PRICAI 2020 (The 29th International Joint Conference on Artificial Intelligence and the 17th Pacific Rim International Conference on Artificial Intelligence) The Challenge is the first large-scale cartoon character recognition competition to be held in China, and is open for participation to teams from all over the world. The Challenge consists of two tracks – iCartoonFace Detection Challenge and iCartoonFace Recognition Challenge, and teams may choose to participate in one or both tracks.

Online registration will open through till May 14, and participating teams will be ranked based on an objective assessment and expert panel scoring. The top three teams in each challenge track will be awarded a cash prize of US$4,000, US$2,000 and US$1,000 respectively.

IJCAI and PRICAI, both leading academic conferences on artificial intelligence, bring together a large number of AI experts from all over the world every year. iQIYI is committed to researching cutting-edge technologies and exploring the applications of new technologies in entertainment. At present, cartoon character recognition has been applied to iQIYI’s actual businesses, such as allowing users to identify the cartoon characters in the animation through a feature known as Qiguan (AI Radar).

Teams that wish to participate in the challenge can sign up at:  http://challenge.ai.iqiyi.com/detail?raceId=5def71b4e9fcf68aef76a75e

Prenetics, Prudential, and others launch Project Screen – a non-profit initiative providing a WHO-approved solution to get tested and diagnosed for COVID-19 from home in Hong Kong 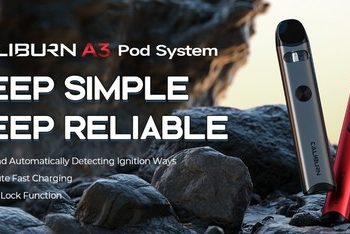