The data suggests that consumers’ media consumption habits may be permanently shifting away from linear TV, cementing streaming as the go-to choice for entertainment viewing.

The Q2 data shows that consumption of news and entertainment content nearly doubled (40%) from Q1 (23%) – a significant finding considering Q2 typically sees slower growth in video viewing compared to Q1. Looking at the first half of 2020 compared to 2019, the number of views overall is up more than 30%.

“Asia-Pacific’s video streaming market is expected to top $31 billion by 2025, and with 5G technology on the doorstep, we’ll continue to see consumers turning to their mobile devices to stream video content,” said Jim O’Neill, Principal Analyst and Author of Brightcove’s Global Video Index.

“What’s more, GSMA reports there will be 663 million new mobile internet users in Asia-Pacific by 2025 – adding to the two billion the region has today. This statistic, paired with faster networks and more bandwidth, will continue to drive mobile consumption rates even higher than they are today.”

Where consumers choose to view their content is also shifting. Connected TVs (CTVs) saw the most growth in Q2 (160% year-over-year), indicating a resurgence in larger screens as the viewing medium of choice for entertainment.

Other notable findings from the Brightcove Q2 2020 Global Video Index that are specific to the Asia-Pacific region include:

· Smartphones are the primary screen for video. APAC continues to be nearly all mobile with smartphones seeing their share of video views at or near 90% for several quarters.
· Android-based smartphones continue to dominate the market. Content was eight times as likely to be watched on an Android smartphone than on an iPhone, another trend that has remained consistent for several quarters.
· Consumers increasingly watch ultra-long-form content on mobile devices. Asia-Pacific saw one of the highest rates of consumption for ultra-long-form content (41+ minutes) earning a 66% share.

“2020 has become video’s evolutionary moment, and streaming entertainment video content is one area where we will continue to see growth,” said Jeff Ray, Brightcove CEO.

“The crisis has impacted people at an emotional and financial level, making the need for human connection through video content more crucial than ever. We’re seeing this play out with the rise of streaming services subscriptions, indicating that the future of entertainment consumption lies in connected and mobile devices – linear television could soon be of the past.” 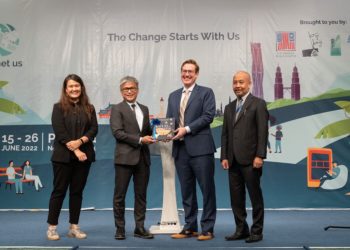 Environmental Awareness Campaign Planet Us Kicks off in Kuching