KUALA LUMPUR – The government’s efforts to intensify the Buy Malaysian Products Campaign this year is timely given the current economy situation affected by the COVID-19 pandemic, as reported on Bernama.

At the same time, the campaign can also help local entrepreneurs, especially small and medium enterprises (SMEs) in developing their businesses.

“Based on the latest data released by the Statistics Department, the contribution of SMEs to the overall Gross Domestic Product (GDP) has increased to 38.9 per cent in 2019 compared to 38.3 per cent recorded in 2018,” he said.

He said this at the flagging off of the Selangor KPDNHEP 2020 Consumer and Traders Roadshow Programme at the Petronas Temasya Station, Federal Highway on September 13.

According to him, local products play a big role in the country’s economy and will continue to contribute to the increase in GDP percentage besides proving the role of SMEs that provide jobs and support economic growth.

Hasnol Zam Zam said various strategies were introduced in an effort to bring local SME products to the retail sector, including collaborating with the country’s major retail companies as well as cooperation from supermarkets, convenience stores and a network of petroleum company stores.

The roadshow programme is meant to be a platform to obtain basic information on the consumption pattern of consumers and businesses in rural areas in Selangor.

The four-day programme until September 16 also promotes two main campaigns, namely the Buy Malaysian Products and the Mega Sales Programme (PJM) campaigns which is an initiative to boost the retail sector as well as restore domestic market demand.

It was carried out in a group tour (convoy) with 12 four-wheel drive vehicles and 20 check points at a distance of 591 kilometres, the overall study is set to obtain information related to the level of awareness of consumers and traders in Selangor.

Countering counterfeit medicines in the fast-paced world of e-commerce 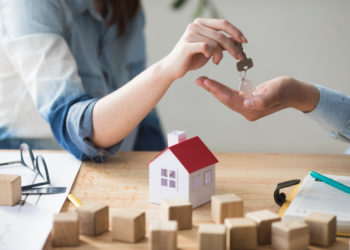