KUALA LUMPUR – Various measures to accelerate the country’s economic recovery and maintain the well-being of the people will be introduced in Budget 2021 to be tabled on November 6, said Minister in the Prime Minister’s Department (Economy) Datuk Seri Mustapa Mohamed, as reported on Bernama.

“The government through the Economic Action Council (EAC) secretariat is finalising the preparation of a long-term economic recovery plan,” he told the Dewan Rakyat here yesterday.

He was responding to Datuk Mohd Fasiah Mohd Fakeh (Bersatu-Sabak Bernam) who had asked about the economic impact of the COVID-19 pandemic on individuals, households and businesses, as well as government policies, mechanisms and steps to drive the economy.

“Insyaallah, with the measures that have been taken and will be taken through Budget 2021, the 12MP and relevant policies, the country’s economy will recover. Our economy will be competitive and sustainable to guarantee the welfare and well-being of the people,” he said.

Mustapa noted that the pandemic had greatly impacted individuals, households and businesses as well as all sectors of the economy, and that the scale was beyond expectation with economies of countries around the world facing substantial contraction.

According to the International Monetary Fund (IMF), world economic growth will contract by 4.4%, the worst since World War II.

In this regard, Mustapa said, Malaysia was no exception with its gross domestic product (GDP) contracting by 8.3% in the first half of this year.

“The government had set up the EAC to address prevailing economic issues and challenges, which is chaired by the prime minister, and monitors the impact of COVID-19 on the economy and draws up measures to revive and revitalise the country’s economy.

“Since its establishment, 24 meetings have been held and 48 papers tabled. Among them were on measures to rehabilitate the affected economic sectors such as tourism, construction, retail and small and medium enterprises, measures to improve the well-being of the people, and lower unemployment rate.

“Let us all, regardless of party, together revive the country’s economy and protect the interests of the people,” he said.

Read more: Should You Save Money or Pay Off Debt First? 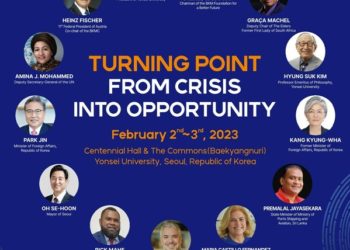