Green entrepreneurship initiative Jaguh to be launched in January KUALA LUMPUR – The Jana Graduan Hijau (Jaguh) initiative, aimed at providing opportunities for graduates to get involved in sustainable green entrepreneurship, will be launched in January next year, as reported on Bernama.

Environment and Water Minister Datuk Seri Tuan Ibrahim Tuan Man said that currently Jaguh is in the process of module development, as well as identifying strategic partners and applying for government and private funds before the programme to be actively promoted early next year.

“The first group of this programme involves three streams, namely, Jaguh energy management, Jaguh green products and Jaguh urban agriculture. For a start 100 graduates will be involved,” he said at the question-and-answer (Q&A) session in Dewan Rakyat here on November 30.

He said this in his reply to a supplementary question from Shaharizukirnain Abd Kadir (PAS-Setiu) who wanted to know the development and mechanism as well as universities involved in Jaguh.

Tuan Ibrahim said for a start, Jaguh targeted those who had graduated for more than six months but still unemployed and graduates who found employment which did not match their qualifications.

Currently, Jaguh is also in the phase of identifying suitable universities and thus far, discussions with Universiti Sains Malaysia (USM) have been conducted but it had to be postponed due to the spread of the COVID-19 outbreak, he said.

Jaguh is an initiative implemented by the Malaysian Green Technology and Climate Change Centre (MGTC), an agency under the Ministry of Environment and Water (KASA).

The main objective of this programme is to help young graduates be more independent in generating income through entrepreneurial skills in green industry in line with the government’s efforts to expand the development of the country’s green economy.

Tuan Ibrahim said that among skills that had been identified include energy audit services, energy management consultation, green lifestyles, recycling services and various other areas.

The list will be expanded based on to the suitability of market demand as well as meet the targets of the Green Technology Master Plan, he said. 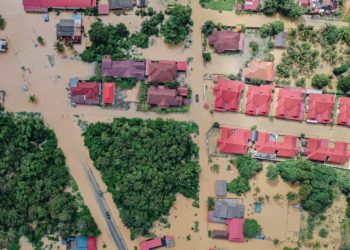