“Based on risk assessments done by the Health Ministry (MOH), National Security Council (MKN) and other ministries and agencies as well as the advice of public health experts in the country, the government agrees that firm action needs to be taken to break the COVID-19 chain of infection,” he said in a special address aired live over local television yesterday.

Muhyiddin said states placed under the MCO were classified as high risks based on MOH’s assessment and their health services capability had almost reached maximum capacity.

MOH would continue to make risk assessments to determine whether the MCO needs to be extended or not, he added.

The prime minister said COVID-19 cases had shown a very worrying trend of increase and a firm approach is needed to break the chain of infection to bring daily positive cases to a level that can be controlled and managed more effectively.

He said the government heard the laments and suggestions of the people who were very concerned over the spike in COVID-19, and also understood the burden faced by frontliners, apart from the fact that national public health is under increasing pressure.

Malaysia began recording four digits in new COVID-19 cases on October 24 with 1,228 cases, and that trend has persisted daily since to hit a record high of 3,027 cases on January 7.

“MOH facilities can no longer cope with the surge of up to 2,000 new cases daily. Our healthcare system is at breaking point,” Muhyiddin said.

He said more than 1,450 medical personnel in hospitals throughout the country had been infected or had to undergo quarantine and thus could not be on duty.

“The flood disaster and spike in cases in several states have made it difficult to mobilise personnel within a state and between states. This has complicated efforts to increase the number of ICU beds for critical patients,” he said.

The prime minister said the sudden surge in the number of patients would easily cripple the health system, rendering it incapable of catering to patients who need treatment and causing the death toll to rise further.

“The situation today is indeed very alarming. Our healthcare system is under tremendous pressure now than at any other time since the start of the pandemic. As I have said before, unprecedented situations call for unprecedented measures,” he added.

Read more: Insurance and takaful industry urging policyholders to take COVID-19 tests voluntarily to curb the spread of the pandemic 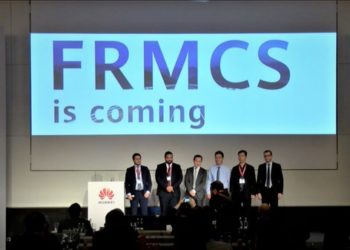