EPF savings: Almost half have less than RM10,000 KUALA LUMPUR – Up to 46% members of the Employees Provident Fund (EPF) below the age of 55 currently have less than RM10,000 in their account, raising concerns on the sufficiency of their funds upon retirement.

Savings inadequacy and systemic gaps in social security coverage for the working-age population could lead to a severe retirement crisis as the country is expected to become an ageing nation by 2030.

In its latest findings, EPF warned that this could have huge socio-economic implications following the COVID-19 pandemic and stressed the importance of adopting a holistic approach to address the issue.

EPF reported that a majority of its members in the low- and middle-income groups are likely to live in poverty in old age unless mitigation measures are taken.

CEO Datuk Seri Amir Hamzah Azizan said the pandemic has also triggered a dramatic rise in the number of gig workers in the country, and while that has helped workers survive, many of these workers are falling back on their retirement security due to the irregular and unstable income.

“Additionally, they are facing vulnerabilities in terms of employees’ benefits and coverage on social protection. There will be far-reaching repercussions not only on their future wellbeing but also on the government, who will have to carry that financial burden.

“The key element of the EPF’s strategy going forward is to get the gig workers, as well as those in the informal sectors, into the EPF scheme so they can start to save as early as possible and plan for their retirement,” he said, adding that a coordinated solution for the longer term is needed to ensure better social protection for all Malaysians.

He said EPF’s focus is to help members restore and rebuild their retirement savings to ensure that they are able to secure a dignified retirement.

In an interview with New Straits Times, EPF chief strategy officer Nurhisham Hussein said to address the matter of EPF members’ insufficient retirement savings, EPF had drawn up several recommendations not only for the betterment of its system, but also the overall social security in the country.

Read more: How to Make the Most of Your Money During This Tough Economic Climate 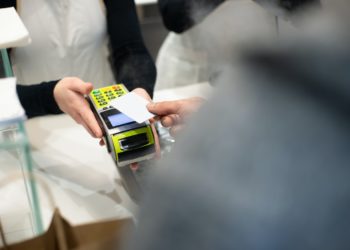