KUALA LUMPUR – An executive of a multinational company suffered losses amounting to RM1.3 million after he was allegedly contacted by an Inland Revenue Board (IRB) officer who claimed the victim has a company registered in his name apart from having tax arrears amounting to RM17,600, reported Bernama.

He said in the incident on October 3 the victim claimed he was asked to disclose personal account information and submit a one-time password (OTP) so that the money could be transferred to the ‘Bank Negara’ account.

“The victim later found that there were money transfer transactions from several of his accounts amounting to RM1.3 million.

“The victim checked with IRB and found that no investigation was carried out on him who then lodged a police report. The case is being investigated under Section 420 of the Penal Code for cheating,” he said when contacted on October 6.

Mohd Mahidisham said the public is advised to get the details of the authorities regarding any investigation such as the name and rank of the caller and place of work, apart from calling back to the agency through the official line.

“Do not disclose account information and OTP or Transaction Authorisation Code (TAC) to third parties through phone calls,” he said.

He said the ‘Macau Scam’ syndicate targeted their victims by intimidating them with investigative actions by the authorities and forcing the victims to disclose account information. 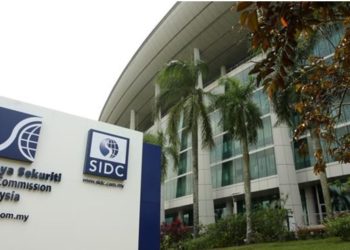