What Does COP26 Mean for Climate Change Investors – And What Next?

We examine the positives, negatives and consequences of COP26 for climate change investors. Action from the US could be the next catalyst.

by Contributor
in Investment Compass The outcome of COP26 came as a disappointment to some, given how critical climate issues are and the urgency of action within the coming decade. Overall, we don’t see COP26 as being particularly game-changing from an investment point of view. That said, there were positives to take from the conference too.

Reasons to Be Positive Firstly, there were tangible agreements made at COP26 that are encouraging:

There were other agreements which bode well for future progress. Countries will have to come back regularly to update their emission reduction targets and strategies. This keeps up the pressure and allows for more timely improvement, which is sorely needed.

If taken seriously, it could mean that 2022 allows recovery of political momentum if China and other countries take the opportunity to strengthen their commitments. There will also be better comparability of climate targets and greater scrutiny of them.

Another key positive is that the US and China appear to be trying to work together on climate issues, despite other geopolitical tensions.

And COP26 wasn’t all about governments: on the private sector side we saw the formation of the Glasgow Financial Alliance for Net Zero (GFANZ) chaired by Mark Carney and Michael Bloomberg. This comprises $130 trillion of assets which are committed to net zero goals.

Reasons to Be Negative However, a key disappointment is that commitments made to date still leave us way off track on climate goals. Various assessments put temperature rises, even after the latest COP announcements, at 2.4-2.7C, rather than “well below” 2C. Emissions will keep rising in the short term and need to be falling. This is critical because the uncertainty of the effects and feedback loops surrounding climate change are still very significant at that range of temperature increase.

Another disappointment was that India and China intervened to water down the wording on phasing out coal and subsidies for fossil fuels. The final text refers instead to “phasing down unabated coal power and phasing out inefficient fossil fuel subsidies”. This kind of ‘constructive ambiguity’ is often needed to get international agreements over the line but given the scale of the climate emergency we face it is very disappointing that countries couldn’t take a firmer line here.

Wealthy nations also failed yet again to deliver on a pledge to mobilise $100 billion annually to help poorer countries address emissions and adapt to climate change.

On the carbon market, there are worries that the rules appear to allow poor quality old units into the system, weakening its efficacy. Meanwhile, confidence that some of the announced pledges will be delivered on (e.g. deforestation) is not high.

Another big concern is that the US Congress has still not passed any legislation to drive the climate and energy transition. This undermines US government targets and statements of intent.

And on the private side, GFANZ doesn’t represent a fresh pool of capital that can be deployed on climate solutions. It also includes some banks which continue to finance new oil exploration & production projects.

What Will Be the Consequences of COP26? The Glasgow COP was billed as a last chance to limit global warming to 1.5C. That’s still a possibility but there is a danger people may begin to conclude that 1.5C is off the table. This could in itself could damage momentum. Will companies commit to the tough changes needed for them to be on track for 1.5C (involving 45% emissions cuts by 2030) if governments won’t commit to it?

A related potential consequence could be growing voter discontent over the lack of political leadership.

We also see a risk that countries who are particularly vulnerable to the effects of climate change might conclude they are better off conserving their resources for adaptation, rather than mitigation if the big economies are not doing enough.

The carbon market plan will take time to implement but we’re interested to see how it is enacted and how powerful the market signals are. It is important that it doesn’t simply legitimise the use of offsets for emissions as these have to be genuinely abated.

Overall, we think COP26 has moved things on slightly but is in no way a big step forward. As such, it’s unlikely to prove meaningful for financial markets in the short term.

The well-established shifts to renewable energy and electric vehicles will carry on at a fast pace, but COP didn’t bring anything game-changing to accelerate the shift in these markets, or to kick-start action in the harder to abate sectors.

That means it’s back to looking at the policy details, of which there are plenty. In the next few months, we will see if the US can pass its climate bill. If they do, then this would be the biggest near-term catalyst for climate change investing.

European, US recovery help boost 2021 remittances to US$589 bil 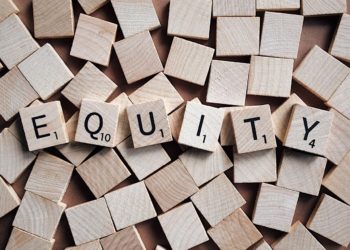