KUALA LUMPUR – The government is prepared to face the eventuality of the fourth wave of COVID-19 infection in the country following the Melaka state election last Saturday, reported Bernama.

Deputy Health Minister II Datuk Aaron Ago Dagang said the effects of the COVID-19 infection could only be detected after 10 to 14 days.

“We are monitoring the situation. The government is aware and is ready to face the possibility of the fourth wave happening in the country,” he said during the question and answer session in the Dewan Rakyat on November 23.

He was responding to a supplementary question from Dr Kelvin Yii Lee Wuen (PH-Bandar Kuching) on preparations by the government to face the eventuality of an increase in COVID-19 cases in Melaka following last Saturday’s state election as the impact could only be detected after 10 to 14 days.

Taking a lesson from the Sabah election last year, Aaron said a very strict standard operating procedure (SOP) was set for the Melaka state election by not allowing large-scale campaigns to be held.

He said strict SOPs would also be used for the coming Sarawak state election to curb the spread of COVID-19. 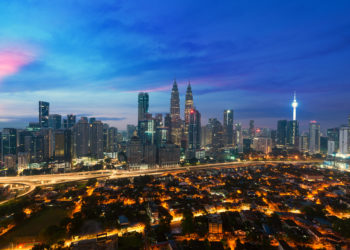