by moneycompass
in Headline, Special Feature The topic of raising minimum wage from RM1,200 to RM1,500 was recently brought up in the Dewan Rakyat with the Human Resource Minister Datuk Seri M. Saravanan clarifying that it would be implemented in a month or two from now.

This topic has always been nuanced as it involves conflicting views from different sides. Generally, it would raise cost for employers whereas employees require higher income especially with global inflation.

According to Najib, Vistage-MIER recently announced their Q1 2022 CEO Confidence Index where they touched on the topic of raising Malaysia’s minimum wage to RM1,500.

The research revealed that around 35% of CEOs responded that they want the minimum wage to be maintained at RM1,200. 31% agrees to raise the minimum wage to RM1,500. The remaining 23% felt that RM1,300 would suit the currently economy whereas the last 12% suggested RM1,400.

To talk about this issue, Najib spoke to Datuk A.T. Kumarajah, Secretary General of Malaysian Associated Indian Chambers of Commerce and Industry (MAICCI), and Azaharee Abd Wahid, the CEO of Micro Enterprises Academy.

Among here are some details from their discussion

Malaysia ranked among lowest for wages in Southeast Asia

Question: Based on data, the current monthly minimum wage of RM1,200 or US$287 is one of the lowest in Southeast Asia. Thailand has USD414 whereas Indonesia is USD326. In your opinion, is it fair to raise minimum wage in current situation and what could be the balance for both employers and employees?

Datuk A.T.: I believe that raising of minimum wage is already expected and we are already pressed for time. Based on Act 732 in Malaysian law, the government should be revisiting this amount every two years. This increase from RM1,200 to RM1,500 was supposed to be due since beginning of this year.

Our minister have been discussing this and they want to implement raising minimum wage as soon as possible although there might be some exceptions to the sectors which were affected (by COVID-19).

If we were to compare the wages with other Southeast Asian countries, our minimum wage would have been at least RM1,800. If we were to take the median of it, around 60%, the wage would still be RM1,500. Regardless how we look at it, RM1,500 seems to be the right amount and there should be no room for negotiations.

Implementing it as soon as we can will benefit 27% of the workforce. That’s 4.2 million workers.

Further studies should be made

Question: Minimum wage is never easy for micro SMEs (MSMEs) and SMEs. Even the current RM1,200 was difficult to implement before. After meeting with local MSMEs, I felt that many would not be able to offer even RM1,200. What is the reality faced by SMEs at present time?

Azaharee: We cannot deny that this would burden employers. Most SMEs have only 5-10 workers and its even less for MSMEs. The fact is RM1,200 was hard for these companies as it indirectly affects their cash flow.

However, we have to understand that a small team means everyone needs to be able to contribute productively. If companies do not raise wages for these employees, it would largely impact them.

We have to look more objectively, based on studying facts and research. I hope the government would look into it and come to a better-informed decision whether it be raising the minimum wage to RM1,500 or RM1,300 or keep it at RM1,200.

Studying in depth into this would give more facts on the challenges faced by employers.

Is it ever the right time to raise minimum wage?

Azaharee: I feel that, with the recession cycle of 10 years, we need to ensure we (the businesses) can survive. The earliest would be between 3-5 years. That’s the norm in economic studies.

We are currently only in year 3 after COVID and I think that this year is the year we can start to breathe. We spent half of 2021 still facing challenges like lock down and now is the time for us to recover.

This (min wage) also affects the employers. We as employers want to offer employees the ability to spend more which would spur the country’s economy that would also spur growth for SMEs.

So, in terms of right time, even the end of this year would be too soon in my opinion as there are still challenges as people are still forced to miss work due to quarantine.

I think we need another 2-3 years to raise minimum wage but I think this requires further studies from economic experts, human capital experts, etc.

Datuk AT: If we were to calculate using any of the formulas from the Human Resource Ministry that takes into account inflation, productivity, current economic standing, and even CPI (Consumer Price Index) context, our minimum wage should be at RM1,832. Regardless of which formula we use, the calculations show minimum wage above RM1,500.

We also have to take into account the concept of ‘Living Wage’ from Bank Negara Malaysia. With this concept, a single person living in Klang Valley should get at least RM2,700. Those who are married should get RM4,500.

Some would cite that raising minimum wage would impact business cost, increase inflation and unemployment rate. Although I agree with most my peers on the employers’ point of view, but the reality is that we cannot run away from increasing minimum wage.

If Malaysia wants to be a high-income country within 10 years, at this rate, we may not reach the RM10,000 household income that was targeted. We are already lagging behind.

There could be some sectors that could be given special conditions like maybe a moratorium that they could implement raising the wages at a later date. This could depend on maybe if they weren’t operating at 100% pre-pandemic level. Other than these, I do not think raising the wages should be delayed.

There are some that say this would benefit/give advantage to foreign workers but I don’t think so. They think that it would cause RM70bil to leave our economy and go into their country. Regardless, even if we raise the wage, we will suffer some losses. An example would be the Palm Oil industry that lost RM21 billion in 2020 without foreign workers.

Question: Azaharee, there are suggestions to allow for some sectors to implement minimum wage first while the sectors still recovering could start maybe after a year or year and a half. Do you think it would be suitable to implement such suggestions?

Azaharee: I think this concept is the same as previous moratoriums which targets certain industries.

But I want to stress that we need to know which industries that are badly affected. An example of the most popular one would be the tourism industry. We need to study and find out all the affected industries and come out with the facts that would show how badly affected they are.

Decisions should only be made after the facts are proven. That would hopefully give the affected industries some breathing room to recover.

For those that have recovered, they should still be given some relaxation on implementing minimum wage. I think we need to have consideration amongst the government, employers and also employees. If everyone is on the same page, I believe that economy will recover and we as employers will be happy to raise wages when needed.

I feel that raising wages, although it involves productivity as a factor, is needed to keep employees happy and make them work better. This would strengthen bonds between employers and employees. We know the importance of communication between both sides and doing this would indirectly increase productivity levels.

So, choose those badly affected industries first and give them room to recover. Those that are recovering also needs relaxation. Give some time to implement and not force the implementation short term. It would highly impact everyone.

Question: Although I am not an entrepreneur, I’ve met many previously. I believe that they are resilient and they can survive tough situations they were put through. In your opinion, do you think that implementing RM1,500 minimum wage would be a survivable thing or would most of them shut down businesses?

Azaharee: I believe that entrepreneurs are built to be survivors. But we need to remember that no matter how strong we are, we cannot survive alone.

We need to expand and we need a team to ensure business operations are smooth. That’s why we need good employees that would bring the companies forward. From here, we need to keep in mind that survivability doesn’t rely solely on the business owner but also the team that supports them.

Question: Datuk A.T., how do you think we should balance this as some employers might see the raise of minimum wage as a push for them to quickly look towards automation. They might reduce their work force and only keep several experts to handle these machines. Do you think this would be widespread with raising minimum wage?

Datuk A.T.: I think that this doesn’t correlate because automation will happen regardless of the implementation of minimum wage.

I do think that targeting some industries to start (implementation) first is a good call. Example the manufacturing sector has seen a boom in their industry and I do think they may be suited to be one of the first industries to implement this.

There is currently no proof that other countries implementing minimum wages had problems of higher inflation or higher unemployment rate. And automation will happen regardless of the minimum wage. We cannot link automation with this. Its not an accurate excuse.

Preparing for the implementation

Question: Lets say the implementation of minimum wage is set and we know for a fact that it will keep getting revised in the future. What can SMEs do to prepare and what is the most suited time range for a normal economic period, for example, that we can implement these in stages?

Azaharee: I believe that we need between 3-5 years to recover and rise again to try and be at pre-pandemic levels, that’s the normal economic range. This is normal for the economy cycle that we require about 5 years to rebuild.

I think it will be inevitable that minimum wage will increase and I believe that cost will increase for the SMEs. I think that entrepreneurs must start to research on all processes that would improve revenue and ensure employees are more productive.

We need to stand out by offering better products/services to customers and I do think this would be a challenge for entrepreneurs especially since we need to have better planning now during endemic stage.

Better planning on the business’s finance, business plan and marketing will positively affect SMEs. We understand that employees need better wages. It is about trust and communication that employees are expected to be productive to help bring revenue in.

Question: Based on the RM1,200 that was previously set, many companies decide to pay employees this amount until a new minimum wage is enforced. How do we ensure majority employers would implement their own yearly increment so that we do not need to talk about minimum wage anymore?

Datuk A.T.: This is what we recommend. Minimum wage is an outdated concept

But we need to have a good formula where it works for both employers and employees.

I think in the coming years that would be the best way forward.

– This article was transcribed and translated from Astro Awani’s Niaga Awani Segment. Click here to watch the original video. 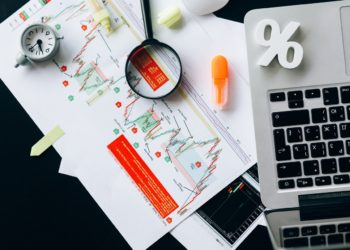