NSC paving roadmap to keep in line with Industrial Revolution 4.0 KUALA LUMPUR – The National Science Council (NSC) convened recently to explore the National Nanotechnology and Products Roadmap 2021-2025, which should be applied to diverse industries.

According to Prime Minister Datuk Seri Ismail Sabri, it is consistent with the Industrial Revolution 4.0 (IR 4.0), particularly for sectors such as smart agriculture, renewable energy, halal manufacturing industry and medical technology.

“The development of nanotechnology items such as vaccines, cancer therapy medications, medical equipment, technological sensors, nano fertilisers, biomass, and solar panels, as well as sweeteners and flavourings in halal food, will help the country’s economy grow ” he stated in a statement.

He added that the National Nanotechnology and Products Roadmap would also improve the country’s socioeconomic well-being, including the creation of 33,391 job positions within five years.

During the NSC meeting, he also stated that the job opportunities included 5,968 highly skilled individuals, 24,755 semi-skilled workers, and 2,668 unskilled workers.

The prime minister said that the nanotechnology industry will contribute a projection of RM151.5 billion to Malaysia’s Gross Domestic Product (GDP) within five years.

Ramping up STEM sector for students

Apart from that, he explained that the meeting discussed the supply of human capital and job market in the Science, Technology, Engineering, and Mathematics (STEM) sector, which required a comprehensive solution to boost the country’s science, technology, and the number of STEM students, which stood at 47% and pure sciences at 19%, respectively.

“To increase students’ interest in STEM, the Ministry of Education (MOE) has been tasked with leading the STEM Roadmap,” he stated.

The NSC discussion also addressed the necessity of promoting science, technology, and innovation (STI) at the community level through Malaysian Social Innovation (MyIS), a Ministry of Science, Technology, and Innovation project (MOSTI).

According to him, the project was a positive move toward empowering grassroots innovation and shifting inclusive economic distribution to all income levels, particularly the B40 (lower income) and M40 (middle income) groups, by focusing on the application of indigenous technology.

“Through the formation of the National Technology and Innovation Sandbox Initiative (NTIS), the government has also accelerated the commercialisation of local innovation goods aimed at ensuring the country’s social and economic sustainability,” he added.

Additionally, the NTIS Council was abolished and replaced by a committee reporting to the NSC, which established a permanent agenda item for NSC meetings to avoid duplication with the existing council.

The prime minister further elaborated that the NSC meeting also discussed the relationship between human health and nature, biodiversity, and climate change.

“The COVID-19 pandemic, which is a zoonotic illness, has claimed over 6.11 million lives worldwide, and there are others, such as dengue and zika, that are also a result of natural conditions becoming increasingly dangerous.

“To ensure Malaysia is one step ahead in addressing this issue comprehensively, the meeting also resolved that MOSTI, in collaboration with all stakeholders, will develop the National Planet Health Action Plan (PTKPN).”

Ismail Sabri further stated that the NSC meeting, the first of the year, discussed various government attempts to popularise the field of science, technology, and innovation as a means of achieving socioeconomic stability in the country.

He explained that it was founded on the three pillars of the Keluarga Malaysia (Malaysian Family), namely inclusiveness, togetherness, and thankfulness, as outlined in the 12th Malaysia Plan (12MP) 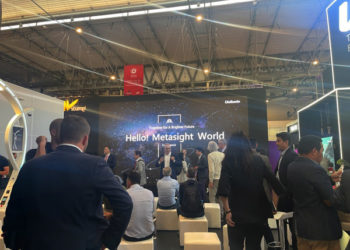