Positive momentum from the recovery of economic activities in Malaysia moderated the stifled demand in Thailand affected by the Omicron outbreak.

F&B Malaysia’s revenue for the quarter soared 9.0% to RM615.1 million (FY2021: RM564.2 million) on the back of higher sales from the Chinese New Year (CNY) festivities, driven by the easing of COVID-19 restrictions and effective on-ground activation and promotions.

F&B Thailand revenue in THB terms for the quarter declined marginally by 1.0%, whilst revenue in RM terms was more adversely impacted (-6.5%) due to unfavourable foreign exchange translation. F&B Thailand sustained growth for the domestic sales of sweetened condensed and evaporated milk through effective promotions and loyalty programs in Q2 FY2022 despite battling one of the country’s highest COVID-19 infection rates to date. Higher export revenue from price adjustments as well as new orders and expansion into new market helped mitigate weaker domestic demand.

Operating profit for F&B Thailand declined by 44.9% (-41.7% in Thai Baht terms) to RM61.8 million during the quarter. This is mainly due to difficulty in passing on the significantly higher input costs to customers, as its products are on the Thai government’s price watch list.

Despite higher revenue, the Group recorded lower profit before tax and profit after tax of RM220.1 million and RM186.8 million respectively in 1H FY2022 compared to the same period last year. This is mainly due to higher commodity prices, flood impact, and forex translation loss from a weaker Thai Baht.

F&B Malaysia’s revenue grew by 5.2% to RM1,190.8 million for the first half-year (FY2021: RM1,132.4 million). This was driven by a stronger 2nd quarter performance, partly dampened by the impact of the floods on its Shah Alam operations and the resulting out of stock (OOS) situations. F&B Malaysia’s operating profit, excluding one-off non-operating items, grew by 25.9% to RM91.3 million, attributed to higher beverages sales and contribution from Food pillar (acquired in January 2021) and improved margin for dairy products.

Meanwhile, strong double-digit growth in domestic and export sales in the first quarter contributed to F&B Thailand recording higher revenue in the first half year, which grew by 4.6% (in Thai Baht terms). However, unfavourable RM/THB translation led to lower revenue in RM terms, registering a 1.8% decline to RM1,021.7 million. F&B Thailand’s operating profit declined to RM142.2 million due to significantly higher input costs, especially for tin cans and milk powder. Price increase was effected in March 2022 to mitigate margin pressures.

He further explained that the rise in global commodities prices amounted to an additional RM200 million COGS for the first half year. Through rigorous cost management measures, including price and trade discount adjustments, the Group has significantly reduced the impact to its bottom line.

Regardless of the market environment, the Group remains resolute in its long-term strategies and foresees that these will result in payoffs in terms of further cost savings and new market opportunities soon. Several of the Group’s CAPEX projects will be completed this year, such as the in-sourcing of warehousing in Shah Alam, which is expected to deliver savings of about RM1 million every month.

The Solar Photovoltaic (PV) systems at three plants in Malaysia (Shah Alam, Pulau Indah, Bentong) that will come online this year will deliver an estimated electricity cost avoidance of RM3 – RM4 million annually, besides reducing an estimated 9,000 tonnes of CO2e emissions per year.

“For the longer term, we are on track for several other CAPEX projects that will enable the Group to capture value in new market segments. Our new RM20 million Drinking Water production plant and warehouse in Kota Kinabalu signal our confidence and commitment to grow the drinking water business in Sabah.

“Another significant CAPEX project is our new Liquid Milk & Plant-Based Beverages factory in Thailand, which is in the final stages of commissioning. Concurrently, we are also equipping our Pulau Indah plant with Plant-based beverages capability by the end of 2022. Both investments amounting to RM148 million, represent a strategic shift for F&NHB to reduce reliance on condensed milk and enable us to grow our brand in the liquid milk segment,” Lim explained.

On prospects, the Group anticipates the challenging environment for the industry to continue into the second half of the year, as high input prices, rising freight costs, and geopolitical uncertainties weigh on the Group’s margin while rising inflationary pressures may dampen discretionary spending. However, the reopened borders and relaxation of quarantine requirements in Malaysia and Thailand are expected to spur economic activity and consumer spending.

“We will focus on accelerating the momentum built in the first half while keeping a tight rein on costs and adapting to the fluid environment. We are confident that the fruits of our strategic plans will enable us to come out on a stronger footing when the markets stabilise again,” said Lim.

Commenting on F&NHB’s proposed acquisition of Ladang Permai Damai Sdn Bhd, Lim said the intention is for the Group to embark on the upstream fresh milk business for downstream production and distribution of fresh milk.

“We are confident that our latest investment will present incremental opportunities for our future growth prospects. The Proposed Acquisition is subject to the terms and conditions of the Share Sale Agreement, including the government approvals to be obtained as conditions precedent to completion. More details of the project will be announced once they are completed,” he added.

The Proposed Acquisition is not expected to have any material effect on the earnings of the F&NHB Group for the financial year ending 30 September 2022.

The latest investment also reflected the Group’s confidence in the long-term potential of our markets and our ability to manage the risks of the current landscape while strategies are well placed to drive future growth,” Tengku Syed Badarudin concluded.

In line with the Group’s performance and resilience, the Board declared an interim single-tier dividend of 27.0 sen per share (FY2021: 27.0 sen) for the financial year ending September 30, 2022. This dividend amounting to approximately RM99 million will be paid on May 31, 2022. 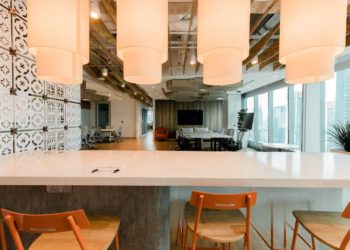 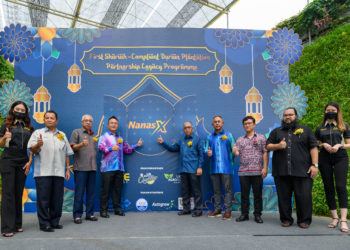