Several economists believe that another 25 basis points (bps) bump in the short term is likely around the second half of the year, but only if the situations like economic growth stability, inflation rate pace, and macroeconomic conditions improve overall.

Speaking to Bernama, he said that that BNM is relatively content with Malaysia’s current economic growth trajectory based on the statement from the central bank’s Monetary Policy Committee (MPC).

“Although BNM maintains that there are downside risks, excessive monetary policy accommodation needs to be removed. If kept in place, it would cause other problems like overheating the economy, high level of household and business indebtedness, and also greater risk-taking because of low deposit rates,” he added.

Meanwhile, OCBC Bank’s economist, Wellian Wiranto, also echoed the sentiment of more interest rate increases to be expected although he felt it would be implemented in methods which are “measured and gradual”.

Wiranto’s stated that OCBC Bank’s central scenario would be for the coming hike to be in September. This would be enough time for BNM to review whether the risks of inflation or growth would be the greater before they take the next step in introducing another OPR hike.

He explained that BNM has to face the realities of higher inflation in Malaysia, noting that the underlying inflation, measured by core inflation, will be anticipated to trend higher this year.

2022 is projected to see Malaysia’s inflation rate at between 2.0% and 3.0%. This would caused by economic momentum and lingering cost pressures, he said.

He believes that BNM is unlikely to act in haste as MPC’s statement included that the central bank is still aware of risks brought on by the unpredictability of the global growth trajectories, geopolitical conflicts, deteriorating supply chain disruptions, and other adverse developments surrounding COVID-19.

MIDF Amanah Investment Bank also chimed in about the issue and believes that the OPR increase is how BNM’s money policy setting is ensuring a sustainable recovery for Malaysia’s economy.

It stated that inflation rate is within BNM’s projection and for that, the central bank chose to adopt the policy tightening measures.

MIDF Amanah also added that they believe it is likely for another 25-bps increase to the OPR in the third quarter of this year. 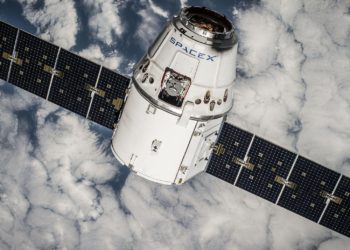