She attributed the positive growth in economic performance to the improvement of domestic demand since COVID-19 containment measures were reduced. This resulted in overall improvements to economic activities as well.

Nor Shamsiah stated at the press conference on Malaysia’s Q1 2022 GDP performance here on May 13 that job markets also showed recovery seeing as rate of unemployment dropped to 4.1% this year from the 4.3% recorded in Q1 2021.

She also added that external demand remained strong with the upcycle of global technology being a growth booster.

Aside from that, Malaysia’s services and manufacturing sectors are both still strong economic drivers that recorded a growth of 6.5% and 6.6% each.

Economic analysts had previously speculated that Q1 2022 results would be optimistic also caused by the overall improvement of domestic demand particularly from private consumption which makes up 58.8% of the overall GDP.

Moody’s Analytics had previously stated that it had anticipated a 1.1% expansion for Q1 2022, bolstered by the overall 6.6% growth that Malaysia has seen in the last quarter of 2021.

The firm also expected that BNM would maintain the 1.75% Overnight Policy Rate (OPR) before the central bank made a surprising decision to increase OPR by 25 basis points to 2.00% on May 11.

The OPR hike may have not gone as expected but some economists believe that it is the right move to introduce gradual monetary policy tightening for Malaysia. 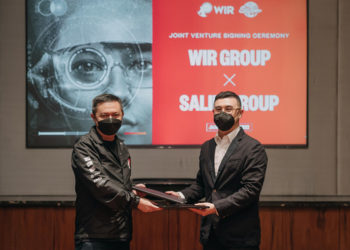