KUALA LUMPUR – A new report from Economist Impact provides a gauge of changes in consumer sentiment toward digital currencies and the trend toward a cashless society.

The report titled ‘Digimentality 2022: Fear and favouring of digital currency,’ was commissioned by Crypto.com and saw survey respondents hailing from different parts of North America, Europe, and Asia Pacific.

In 2020 and 2021, Economist Impact conducted surveys to measure the relative acceptance of digital currencies and other digital payment methods, and found that the trend towards a cashless society was growing stronger. A new survey of 3,000 consumers, and another of 150 institutional investors and treasury management respondents was launched in January and February 2022 to assess how sentiment around digital currencies has changed in the past year.

The survey finds that while the share of respondents who report that they always (as close to 100% of purchases as possible) use digital payments instead of banknotes, coins, or credit cards has remained largely similar over the past two years at 24%, more than three in four consumers expect their countries to become largely cashless within the next five years.

The significance of governments’ role in this shift toward a cashless society is made clear by the survey results. For instance, among those who believe their country will become cashless, government and the public sector is seen as the biggest driver of this (49% compared with 27% in 2021).

This echoes findings from the institutional survey that regulations can enable acceptance and adoption. On the flip side, government regulations are also picked as one of three main barriers to becoming cashless by more than one in four (27%) of consumers, up from 20% in 2021.

Additionally, 37% of consumers surveyed expect their governments or central banks to launch a CBDC in the next three years. A similar share expects them to make cryptocurrencies legal tender for transactions in their countries.

The optimism around CBDCs is seen among institutions as well, with 65% saying they expect them to replace physical currencies in their countries, up from 56% in 2021.

There is also optimism around growing understanding and trust of digital currencies—for example, only 35% consider that a primary obstacle to greater institutional investor or corporate treasury use of open-source digital currencies, down from 47% a year earlier. However, a larger share (41%) view regulations as a barrier this year than they did last year (32%).

Charles Ross, principal at Economist Impact and editor of this report, says: “The results of this year’s research show considerable development in the ecosystem for digital assets and currencies globally.

Both consumers and institutions are more optimistic about the move to cashless today than they were a year ago and more interested in digital assets. While some barriers remain—and market fluctuations such as those we have witnessed in the crypto markets in recent months can test expectations—the shift away from physical to digital money is well underway.”

Visit impact.economist.com/projects/digimentality-2022/ for the full report.

Vazyme Releases 2021 Annual Report: Announces More Efforts in Technology innovation and Together with Partners for a Better Future 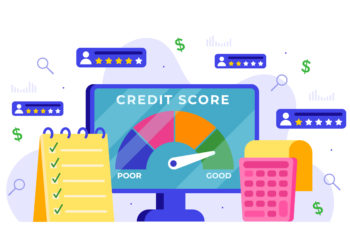