In a recent statement, EPF’s chief executive officer, Datuk Seri Amir Hamzah Azizan stated that the results for Q122 were lower than the RM19.29 billion that was reported in the same quarter of 2021.

According to him, the fund had gotten off to a great start during the earlier part of the first quarter. However, the situation deteriorated as a result of the decline in global markets which caused lower returns in bonds and equities throughout the remainder of the quarter.

The decline was linked to a number of factors stemming from geopolitical tensions, as well as the influence of rising inflation rates and increases in interest rates, he explained.

“The Russia-Ukraine war further aggravated the situation. It caused further uncertainty and volatility at a time when nations are already struggling to recover from the high debt burdens and stretched public finances due to COVID-19,” he said.

Amir Hamzah stated that despite the fact that revenue from equities was impacted by the overall dampening market, EPF was able to leverage on its portfolio position and capitalise on additional gains. Due to that, it continues to be EPF’s main income contributor.

Throughout the quarter under review, equities made up 66% of the total gross investment income or RM10.46 billion.

He said that after the fund had taken into account the cost write-down on listed equities, the asset class had generated a net investment income of RM9.37 billion over Q122.

As the cost write-down of listed equities was RM1.09 billion over Q122, it brings up the overall net investment income for the period to RM14.76 billion.

EPF had used writing down as its internal policy on its listed equity investment. This is a tool to ensure that portfolios remain healthy.

The statement also said that fixed income instruments, made up of loans and bonds as well as Malaysian government securities and equivalent, contributed a consistent income of RM4.75 billion. This is 30% of the gross investment income.

Amir Hamzah explained that this figure was greater than the RM3.89 billion that was generated over the same period last year. He attributed it to higher market yield in Q122.

The income from real estate and infrastructure had decreased to RM0.36 billion this year compared to the RM0.71 billion over the same period last year. Meanwhile, Q122’s income from money market instruments recorded RM0.28 billion, a decline from last year’s RM0.38 billion.

As at March 2022, EPF’s total investment asset had grown to RM1.02 trillion. 37% of the amount was allocated to investments in overseas countries.

The diversification of EPF’s holdings into different asset classes, markets and currencies has maintained its position to provide income stability while at the same time adding value to the fund’s overall return.

EPF’s overseas investment had amounted to RM8.23 billion in income for Q122. This represents 52% of the total gross investment income.

Additionally, RM1.88 billion was generated for Simpanan Shariah while RM13.97 billion was from Simpanan Konvensional. 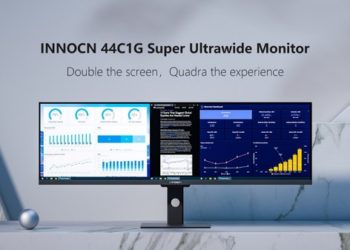